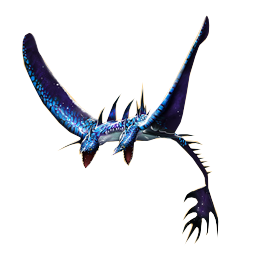 Fishlegs' love of studying got this Seashocker trapped in Edge Cove.
Fortunatly, Fishlegs is a fast learner, and was able to help free the Dragon before it was too late.

The mighty Seashocker builds up a powerful charge of electricity that it unleashes on it's opponents in battle.

Bolt & Float is a Unique Seashocker dragon of the Tidal Class.

During this event Bolt & Float could be purchased through Collections for 5,000

Retrieved from "https://riseofberk.fandom.com/wiki/Bolt_%26_Float?oldid=120765"
Community content is available under CC-BY-SA unless otherwise noted.