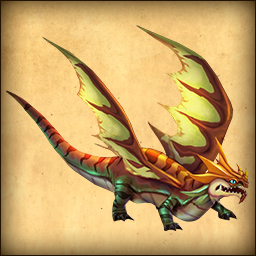 Egg Biters usually keep to the shadows, but not Chompers! It loves being center stage and It will bite anything that tries to steal its spotlight.

The Chompers is a Exclusive Egg Biter dragon of the Sharp Class.

During this event Chompers could be purchased from the Book of Dragons for 12,000

A Chompers Egg could be found when searching the following Special Event Location:

If the Titan Training fails, the player will be compensated with either ? Runes or ?? Fish.

If the Valka Titan Training fails, the player will be compensated with either ? Runes or ?? Fish.

Retrieved from "https://riseofberk.fandom.com/wiki/Chompers?oldid=45484"
Community content is available under CC-BY-SA unless otherwise noted.