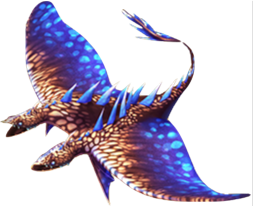 The mighty Seashocker builds up a powerful charge of electricity that it unleashes on it's opponents in battle.

The Covecharger is a Exclusive Seashocker dragon of the Tidal Class.

The Covecharger was available as part of a special event for a limited time from October 23, 2017 until October 28, 2017.

During this event The Covecharger could be purchased from the Book of Dragons for 12,000

A Covecharger Egg could be found when searching the following Special Event Location:

If the Titan Training fails, the player will be compensated with 12.5M

If the Valka Titan Training fails, the player will be compensated with 200M

Retrieved from "https://riseofberk.fandom.com/wiki/Covecharger?oldid=120766"
Community content is available under CC-BY-SA unless otherwise noted.