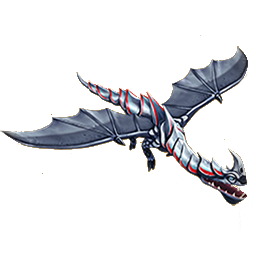 When the Riders are off exploring, this Dragon pride's itself on being Berk's best defense. His ability to coil up and spin like a saw even competes with the Quakens!

Don't get too close! This Dragon will breathe toxins on its enemies. Talk about bad breath!

The Sawtooth is a Exclusive Razorwhip dragon of the Sharp Class.

The Sawtooth can be purchased from the shop for 9,000

A Sawtooth Egg can be found when searching the following locations:

If a Sawtooth Egg is in an extra saddlebag that the player chose not to purchase when searching with Toothless, the egg can be purchased for 3,750

During this event The Sawtooth could be purchased from the Book of Dragons for 4,000

A Sawtooth Egg could be found when searching the following Special Event Location:

If the Titan Training fails, the player will be compensated with either 135

If the Valka Titan Training fails, the player will be compensated with either 207

Retrieved from "https://riseofberk.fandom.com/wiki/Sawtooth?oldid=123181"
Community content is available under CC-BY-SA unless otherwise noted.