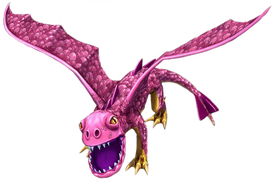 When Springwing needs help hiding eggs, this special Dragon is called upon to aid in the festivities.

The Spring's Shadow is a Exclusive Small Shadow dragon of the Stoker Class.

If the Titan Training fails, the player will be compensated with 5M

If the Lv3 Titan Training fails, the player will be compensated with ???

Retrieved from "https://riseofberk.fandom.com/wiki/Spring%27s_Shadow?oldid=125848"
Community content is available under CC-BY-SA unless otherwise noted.