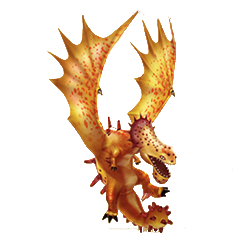 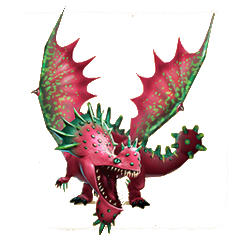 With a strong enough wind, these Tracker Class Dragons can pick up a scent from anywhere in the Archiplegio or beyond.

The Windgnasher is a Rare dragon of the Tracker Class.

Other Windgnashers encountered in the game include :

The Windgnasher can be purchased from the shop for 3,000

A Windgnasher Egg can be found when searching the following locations:

If a Windgnasher Egg is in an extra saddlebag that the player chose not to purchase when searching with Toothless, the egg can be purchased for 3,250

During this event The Windgnasher could be purchased from the Book of Dragons for Search Only; Not available for direct purchase

A Windgnasher Egg could be found when searching the following Special Event Location:

If the Titan Training fails, the player will be compensated with either 66

If the Lv. 3 Titan Training fails, the player will be compensated with 550M

Retrieved from "https://riseofberk.fandom.com/wiki/Windgnasher?oldid=125812"
Community content is available under CC-BY-SA unless otherwise noted.